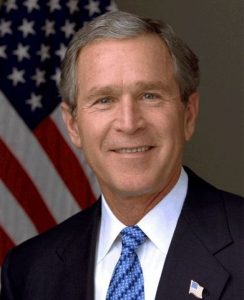 Sacramento, CA — George W. Bush would not have been elected President under legislation passed Thursday in the California Assembly.

The Assembly approved AB459, which states that California’s electoral votes during a Presidential election go to the candidate that wins the national popular vote. The legislation, being pushed primarily by Democrats, now moves onto the Senate.

The AP reports that in order for the change to take effect, similar legislation would have to be approved in other states to a total of 270 electoral votes, which is the minimum to elect a President. If enough states approve the law change, they would band together to ensure that the candidate with the most popular votes wins. It has been approved thus far in states with a combined 77 electoral votes. California would add an additional 55.

Only a handful of Republicans voted in favor of the change Thursday. The issue gained interest in 2000 when Al Gore won the popular vote and George W. Bush had the most electoral votes.