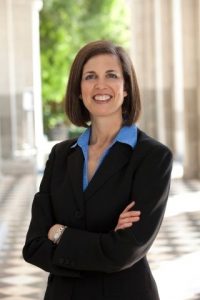 Assembly Republicans released a proposal today to mend the state’s $15.4 billion deficit by making deep cuts across the board and asking state workers to take another pay cut equal to 15 percent of their salaries. Republican lawmakers also want to divert funds dedicated to early childhood development and mental health programs.

“If we prioritize, we have enough money to fully fund education and public safety, to eliminate the remaining 15 billion dollar budget deficit and to ensure that we don’t impose additional or new taxes on Californians,” said 25th District Assemblymember Kristin Olsen.

Olsen believes Democrats will have a difficult time justifying the tax extension proposal that the governor proposed in January. “That would bring in 12-14 billion dollars,” said Olsen.  “And if you count the new revenue that’s coming into the bank, our deficit isn’t even that large. So now we’re going to tell voters that they should vote for taxes to bring more money into the state that we don’t even need, to close the deficit? Republicans have found a way to fund public safety without higher taxes.”

Governor Brown is scheduled to release an updated version of his budget on Monday. Brown wants to extend recent increases to the sales, income and vehicle taxes to avoid deeper cuts. Republicans are predicting that an improving economy should be enough to maintain current levels of education funding.