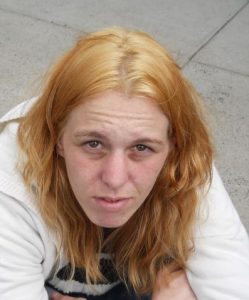 The Sonora Police Department says they were contacted by Walmart’s Loss Prevention Unit regarding the theft of a customer’s purse from a shopping cart.

After reviewing Walmart’s surveillance video of the incident, Loss Prevention contacted suspects Nicole Patton, 27, and Brian Wilkins, 26, who were pushing their 7 month old child in a stroller.

Numerous items were recovered from the stolen purse including some hidden property under the child in the stroller. Both Patton and Wilkins were taken into custody by Sonora Police Officers without incident.  Their child was turned over to Child Welfare Services.

Patton and Wilkins were transported to the Tuolumne County Jail and booked for felony possession of stolen property, felony conspiracy to commit a crime and misdemeanor theft.