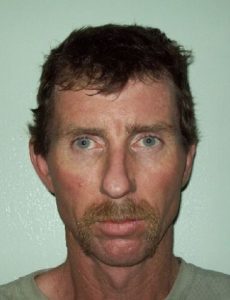 Tuolumne County Sheriff’s Deputy Paul Speers noticed a car parked in front of Sierra Rock Company in Jamestown at 11:20pm yesterday. There was no one inside the car and nothing of value was visible. Deputy Speers stayed in the area and later watched it exit. He pulled the car over and saw copper wire inside that wasn’t there before. Inside the vehicle were 40-year-old Timothy Wayne Thatcher of Jamestown and 42-year-old John Henry Francis of Sonora.

The deputy also found alcoholic beverages, burglary tools, and a large baseball bat. The owner of Sierra Rock Company was notified and identified the copper wire. Both suspects were taken into custody and booked into Tuolumne County Jail. Charges include grand theft, possession of burglary tools, possession of dangerous weapons and driving under the influence.