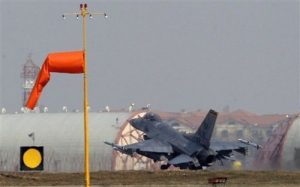 Denham and other Republicans have argued that President Obama lacked the Constitutional power to send troops into combat.

“I’m very concerned about the direction, and I’m very concerned that the President has launched an attack without the approval of Congress,” stated Denham in a recent interview. “I know that we needed to do something, but he’s not shown a direct course for the American public on both the funding, and the troops that are going to be in harms way.”

“Earlier the President had talked about two different missions,” add Denham. “A humanitarian mission and also taking out the government of Libya, and those two conflict with each other.”

During the President’s weekly address he laid out his reasoning for joining the effort to remove Dictator Moammar Qaddafi. To view the text, click here.

President Obama is planning to address the nation this afternoon regarding Libya. It can be heard live at 4:30 PST on AM 1450 KVML.