Tuolumne Man Wanted For Assault Turns Himself In 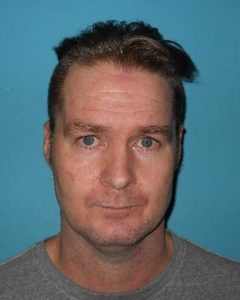 Tuolumne, CA – A wanted Tuolumne man turned himself into Tuolumne County Sheriff’s Deputies after fleeing the scene of an alleged assault and almost crashing into a patrol car with a deputy inside.

The alleged attack happened around 3:30 a.m. on Friday at a home on Silver Spur Drive in Tuolumne.  Tuolumne County Sheriff’s officials reported that after choking a 65-year-old man unconscious at the house, 41-year-old Joshua Conner, took off in an SUV. While racing away from the home, Conner saw a patrol car coming towards him and drove directly towards it, forcing the deputy to jump out of the vehicle to safety.

Connor avoided hitting the car as he slammed on his brakes just in time. The deputy ordered him to stop, but instead he began spinning his tires and sped away. Although deputies searched the area he was nowhere to be found.

A short time later, Conner called the sheriff’s office and volunteered to turn himself in at West Side Memorial Park on Fir Street in Tuolumne. He was found waiting in front of some picnic tables. As he was being handcuffed, he admitted to drinking alcohol before the choking incident.

The victim suffered a head injury and was taken to a local hospital for Treatment. Conner’s bail was set at $50,000 and he faces battery with serious bodily injury, elder abuse, assault on a peace officer, and obstruction charges.