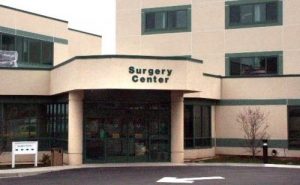 Sonora, CA — Sonora Regional Medical Center wants to alleviate patient’s fears surrounding the Meningitis outbreak that’s claimed the lives of five and sickened more than 40 others in seven states. All were stricken with Aspergillus Meningitis after getting spinal injections for back pain. The outbreak has been linked to apparently fungus-contaminated steroid solution from a Framingham, Massachusetts pharmacy.

Sonora Regional Medical Center Spokesperson Gail Witzlesteiner says the medical center is issuing this statement to try to alleviate patient’s concern. She says, “Sonora Regional Medical Center has never purchased any product from the company that’s preparing that compound. Not our hospital or any of our clinics or physicians practices have ever used that compounded drug product.”


Heath Officials tell the Associated Press millions of patients get steroid shots in their spines to relieve pain and they are safe. They say many doctors stick to medications approved by the Food and Drug Administration instead of relying on so-called compounding pharmacies like the Massachusetts business. The AP reports some physicians are advising patients to ask their doctors if the steroids they are getting come from that kind of pharmacy.