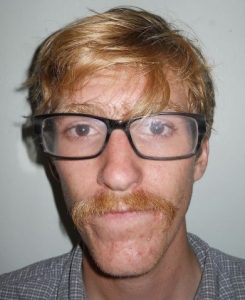 A man has been arrested for going into the Sonora Walmart on two separate occasions and stealing thousands of dollars worth of merchandise.

During the first incident, 24-year-old Jason Gill allegedly piled $2,000 worth of merchandise into his cart and backpacks. The security alarm activated as he was walking out, so store employees followed him to his vehicle. They asked to see a receipt, and Gill refused. The store employees then told Gill they were going to call authorities. The Police Department reports that Gill told the Walmart employees, “Go ahead, they know where to find me.” However, Walmart did not contact the Police Department.

The next day, Gill returned to Walmart and did the same thing, stealing around $2,000 worth of goods. The incident was again not immediately reported to the Police Department, but both thefts were captured on the store’s surveillance system.

The Police Department was able to identify Gill by looking at the video. Officers responded to the home were Gill was staying, but learned that he had recently traveled to the Bay Area. The crimes were carried out last week, and several days later, Gill turned himself into the Police Department.

He faces a variety of charges, including felony burglary, felony grand theft, possession of drug paraphernalia and vandalism.