No More Let It Burn 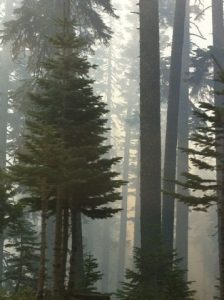 US Forest Service supervisors have a new order for small fires, put them out. Forest Officials say this change was prompted by our hot dry weather.

Laeng says while this may increase firefighters work load it won’t necessarily cost more money to battle these small blazes. He says when conditions are dry like now getting fires out before they explode in acreage saves money especially when aircraft have to be called in and that can cost around $75 thousand dollars a day. Laeng says the Wheats Fire and Ramsey Fire in the Stanislaus National Forest are good examples of why it is good to strike right away and put out these blazes.