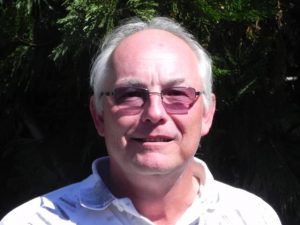 Sonora, CA — A longtime Sonora business has a new name. Hammond Ford has been sold to businessman Manuel Prieto.

Paul Hammond says the sale was finalized on Thursday. He and his father Don opened Hammond Ford in 1982 at its current location on Mono Way, and the facility was expanded in 1994.

Hammond says his decision to sell the business and retire was bitter sweet.

“We’ve met some really wonderful people who have been customers since the beginning,” adds Hammond. “I’ll miss the contact with the people who would just come in to say hello.”

Hammond says he sincerely appreciated the loyalty shown by many customers. He notes that one particular family, when you count the parents and children, purchased over 40 cars since the opening in 1982.

The new owner Prieto has been in the car business for over 25 years, and most recently served as the General Manager of a dealership in Fresno. “I’m extremely excited,” he says. “This is a great community, and I’m happy that this opportunity presented itself.”

A banner has been placed up showcasing its new name, “Sonora Ford.”

Hammond Ford started with just over a handful of employees, and ended with around 20. Prieto says despite the ownership change, the Hammond employees will still have a job. He also plans to hire additional staff over the next year. Prieto says customer service is his number one priority. One of his plans is to increase the inventory on hand at the dealership in hopes that less people will drive to the Central Valley to purchase a new vehicle.