Fight Breaks Out After Crash 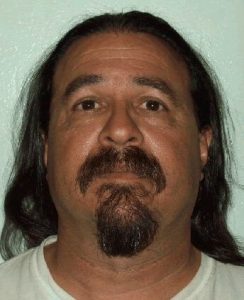 CHP Sgt. Alan Pittman says it happened Friday night at around 5:30pm on Rawhide Road near the intersection of Highway 108. 29-year-old Kendra Youngman of Jamestown was driving a 2005 Chevy Tahoe and was being approached from behind by a group of motorcyclists. Also in her vehicle were an adult male and female juvenile. A motorcyclist identified as Jon Brown crossed over the double yellow lines and tried to pass Youngman, so she swerved into the opposing traffic lane. Brown lost control of the bike and ran into a wooden power pole and barbed wire fence. He suffered a broken arm in the crash.

Many of the other motorcyclists then chased down Youngman’s vehicle and told her that she must go back to the accident scene. Youngman agreed, and turned the Chevy Tahoe around and went back to the crash.

“At which time, one of the other riders (Michael Dixon Jr., 49, of Belmont, CA) got the male passenger out of Ms. Youngman’s vehicle and proceeded to punch him in the face,” says Sgt. Pittman. “Another one of the motorcycle riders (Hans A. Brenner, 53, of Copperopolis) then made threats to commit great bodily harm to Ms. Youngman and her family.”

The CHP notes that the investigation is ongoing. Youngman did not know the motorcyclists, and they had not had any prior contact.