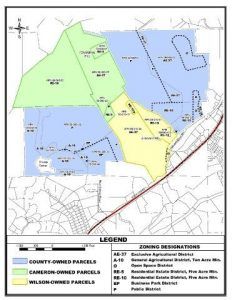 The developers of the proposed Yosemite Gardens Park have formally submitted their project application to Tuolumne County.

The project would cover nearly 800 acres at the former Jamestown Mine site off Highway 108. One of the project leaders is Gary Wilson, who says the plan includes 30 youth baseball fields, 1,700 hotel rooms, retail space, a town centre, amphitheater, bowling alley, Apex theater, 80 bed assisted living center and 40 bed alzheimer’s unit. Another major focal point of the project is a 65 acre garden site, similar to Butchart Gardens in British Columbia.

“We’re very glad to receive it (project application),” says County Administrator Craig Pedro. “We’ll work with them as cooperatively, and as quickly, as we can to facilitate a timely review.”

The next step is for the developer is to create an Environmental Impact Report, which could take several months to a year to complete.

300 acres of the site was previously owned by the county, and was sold to the developers last year for $169,000. The property was appraised as being worth $961,000, but water monitoring costs over the next 15 years will be an estimated $105,000 annually, which resulted in a reduced value.