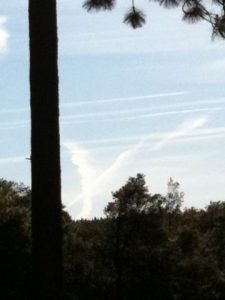 Sonora, CA — The piece of a comet that caused a sonic boom Sunday was spotted across two states.

The explosion rattled homes across the Mother Lode, and led to a flooding of calls to both the Tuolumne and Calaveras County Sheriff’s Offices. What looked like a fireball traveling through the sky was spotted by various myMotherLode.com readers. It was also spotted by people as far away as Reno, Bakersfield and Las Vegas, according to the Associated Press.

It happened around the time of the Lyrid Meteor Shower, which happens annually in April. Some photos were submitted to myMotherLode.com showing the aftermath of the sonic boom.