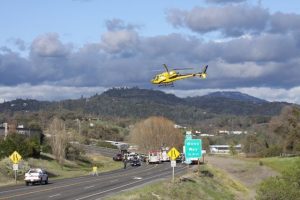 Sonora, CA — The CHP says a Twain Harte man that caused a Sunday collision was under the influence of drugs.

Two people were flown to separate hospitals in Modesto following the head-on crash on Highway 108 west of the Mono Way turnoff. It happened shortly before 5pm. The CHP reports that 23-year-old Blake Michael Wright of Twain Harte was was driving eastbound when his car drifted into the westbound traffic lane.

Highway 108 was shut down for approximately an hour. Wright faces criminal charges.