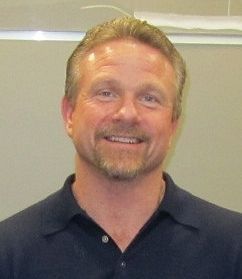 Sonora, CA — T.U.D. employees have agreed to changes in employee wages and benefits.
It is part of a renewed effort to cut costs as T.U.D. puts together a revised water rate plan.

The previous rate plan was scrapped following an outcry by members of the public.

Many of the employee changes were negotiated with Local Union 1130, which represents 40% of the T.U.D. workforce. It is noted that some of the changes will only impact future employees.

T.U.D.’s other employees have agreed to the following adjustments when it comes to worker compensation and benefits:

• Waive the previously negotiated cost-of-living increases through 2014. ($358K Savings)
• Reduce time-off benefits by one day of holiday pay.
• Implement a reduced retirement benefit tier. The current formula of 2.7% at age 55 will be reduced to 2% at age 55 for future hires.
• Reduce the District’s contribution for retiree medical insurance for future hires to a minimum amount as is required by government code.

The adjustment to benefits and pay are effective July 1, 2012. The District has 73 full time employees and has put a temporary freeze on filling 9 vacant positions.

General Manager Kampa says, “The management staff and Board have a renewed partnership with the employees at the District and are appreciative of the willingness of the employees to work on helping the District close a budget shortfall.”

“This will be a significant contribution to balancing the budget now and addresses future long-term financial obligations,” adds Kampa.

T.U.D. is still preparing a revised rate plan to reduce the remaining deficit. Details will likely be finalized later this year.