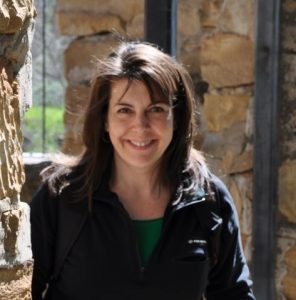 It’s only the middle of March and this year the Calaveras Visitors Bureau (CVB) already has a number of major projects under its belt to attract new visitors to the County, including the 2012 Calaveras Activities Guide, a new website, attendance at several travel shows and more.


The first major project this year was the 2012 Calaveras Activities Guide. The guide is produced annually and 75,000 copies are printed and distributed locally and abroad through mailings to prospective visitors, travel shows, via nearly 200 member businesses and through several partner organizations.

The second landmark project in 2012 was a brand-new website. The web address, http://www.GoCalaveras.com remains the same but there’s a fresh new look with several added features including a blog, sample itineraries, video content and a members only page where local businesses can learn about CVB happenings and upcoming marketing opportunities, post job openings and more.

In mid-January the CVB exhibited at the Los Angeles Travel and Adventure Show. Thousands of potential visitors were introduced to Calaveras County. The show hit a record number of attendees by 2:00 p.m. on the first day with over 16,000 people attending the show to that point. The CVB also attended the Bay Area Travel and Adventure Show in February.

In early February, Mayo, attended the Go West Summit-a gathering of tour operators (buyers), travel media and suppliers. During the summit, Mayo met with 46 buyers during one-on-one appointments. The buyers are both domestic and international whose clients include small to large groups as well as independent travelers. Working to Calaveras’ advantage, many buyers are looking for new destinations that offer adventure, food, wine and good value.

Other highlights for the county this year include well-deserved recognition from Lonely Planet, which named California Gold Country one of America’s Top 10 Travel Destinations for 2012.

Tourism is on an upswing in Calaveras County and the outlook for continued growth in 2012 is positive. There were 200 more visitors through the Visitors Center doors in January 2012 than in January 2011. The CVB is funded in part by a portion of Transient Occupancy Tax (hotel tax) dollars, which continue to increase, also a key indicator of an upswing in tourism. TOT is paid by visitors when they stay in hotels. The portion that the CVB retains is reinvested in tourism promotion to create more new dollars coming into Calaveras County.

For more information about the Calaveras Visitors Bureau call 209-736-0049.