Meth In The Mother Lode 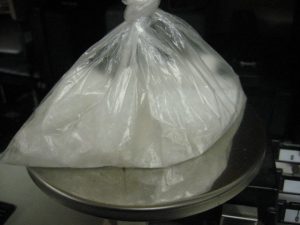 How bad is the meth problem in the Mother Lode?

Scott Thomas Anderson, author of the new book, “Shadow People: how meth-driven crime is eating at the heart of rural America” was Friday’s KVML “Newsmaker of the Day”.

Between April 2010 and October 2011, one of the main law enforcement agencies Anderson was embedded with, was the Calaveras County Sheriff’s Department. The work included night patrols with officers in meth “hot spots,” and he accompanyed detectives on warrants searches and follow-up investigation on major crimes.

The night that Richard Kenneth Cooper engaged in a gun battle with Calaveras deputies, Anderson was working one of his embedded shifts with the Jackson (Amador County) Police Department.

Anderson heard the entire incident unfold on the radio, as the officer he was attached to raced to the Mokelumne River bridge to block that area off from potential escape. The next morning, the main Calaveras Sheriff’s detective on the shooting case walked Anderson through the crime scene. All of this is captured in the book.

One of the two officers who were involved in the shooting, Calaveras County Sheriff’s deputy Kevin Stevens, is also one of the primary officers that Anderson worked with on night patrols in Calaveras during the course of this project.

As for Tuolumne County, the Sonora office of the California Highway Patrol had their top narcotics expert, Scott Taylor, tour Anderson through various meth-trafficking corridors between Tuolumne and Madera and Fresno counties, conducting drug searches in the process. Anderson also rode with an officer in the Sonora area on routine patrol.

Anderson will be discussing meth problems and his book at the following locations:

Anderson will be at the Center for Creativity and Community from 3 p.m. to 4:30 p.m. to sign copies of Shadow People. He’ll also share meth-related crime stories from Calaveras County that didn’t make it into the book. The event will close with Anderson taking questions from the public about his time as an embedded reporter with the local law enforcement. Shadow People will be for sale at the event by the Calaveras County Arts Council. The Center for Creativity and Community is located at 23 West Charles Street, a section of Highway 49, in San Andreas.

Anderson will be at Sonora Joe’s in the historic district of Sonora from 3 p.m. to 5 p.m. to sign copies of Shadow People. He’ll also speak to the crowd about the connection between rural poverty and meth addiction, as well as answer questions from the public about his time as an embedded reporter with enforcement and drug trafficking trends connecting Tuolumne County to the Central Valley. Shadow People will be for sale at the event. Sonora Joe’s is located at 140 South Washington Street.

The book is also on sale at Book & More in Angels Camp and the Mountain Bookshop in Sonora, as well as on Amazon.com.