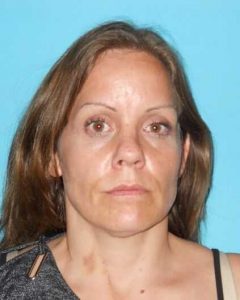 Jamestown, CA – An Oakdale woman faces theft charges after a traffic stop led to the search of her vehicle and turned up a stolen ID.

A Tuolumne County Sheriff’s Deputy patrolling along Highway 108 in Jamestown early this morning noticed a Dodge pickup with an expired registration tag. Pulling over the truck near Chicken Ranch Road, the deputy found 36-year-old Chrystal Munoz behind the wheel. She was driving with a suspended license, according to a records check.

Munoz was already on probation for ID theft, allowing for a search of her pickup.  Her purse was on the seat and inside it was a driver’s license belonging to a man who had reported it stolen to the Oakdale Police a week ago.

Munoz was arrested without incident for ID theft, driving under a suspended license and violation of probation.