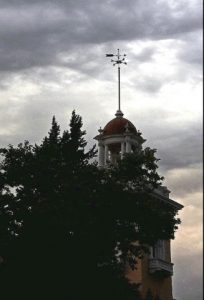 Sonora, CA — Tuolumne County’s Grand Jury Report for 2012-13 was released this morning, and it contains criticism related to the County Jail, Columbia Elementary School and the Columbia Fire Protection District.

The Grand Jury is a “civil jury” and is charged with representing the citizens of Tuolumne County as overseers of the activities of local government. The Grand Jury is comprised of 19 members of the community, and this year they looked into activities of the Air Pollution Control District, Social Welfare Department, Behavioral Health, Columbia Fire Protection District, Columbia Elementary School, Sierra Conservation Center, the County Jail, and the local AB 109 efforts.

The Grand Jury came down somewhat hard on the Columbia Fire Protection District, where former Chief Randy Nickley was arrested for embezzlement. The report states, “As a result of our investigation, it became clear that at the time of the embezzlement crime there was a significant lack of business practices and operational controls. The lack of accountability and controls allowed fraud and misuse of public funds and resources to occur over a long period of time before being discovered.”

It continues to state, “In 2011, the CFPD Board of Directors conducted an internal investigation of a former Fire Chief after receiving complaints that he responded to a call-for-service with alcohol on his breath. The Board placed him on administrative leave in June 2011. An interim chief was brought in to investigate the claims and began researching records, which uncovered suspected financial misconduct. The Board fired the former Chief a month later after turning over the findings of its internal investigation to the Tuolumne County Counsel’s office. The District Attorney’s Office received the case on April 9th, 2012. The former fire chief was arrested and charged with one felony count each of misappropriation and embezzlement of public funds in August of 2012. The charges included purchases, checks, misallocations, false claims and unauthorized loans between January 2007 and June 2011. He plead guilty and sentencing is pending as of this writing.”

The Grand Jury made several recommendations, including having additional financial oversight, a better inventory of equipment, and policies creating dollar limits on purchases.

Related to Columbia Elementary School, the Grand Jury revisited many aspects of the Brennan Pendley sexual assault case. The former after school worker is the son of District Superintendent John Pendley, and was arrested and later served time in county jail for having intercourse with a student on school grounds.

The Grand Jury also reviewed eight letters that were written to a Superior Court Judge in hopes of Brennan Pendley receiving a light sentence for the crime. Five were written by school staff members, four of which at the request of John Pendley. The Jury found, “A father has the right to solicit support for a family member in the pre-sentencing phase of a trial. Solicitation of employees of the District, while on campus during or after school hours, blurs the role of the father with that of the Superintendent. Although legal, it is an action that can “appear” to a reasonable person as unethical or a conflict of interest. The letters written by the five District personnel ended up being unnecessary since the sentence was set through a plea bargain process. The letters did become a part of a later Tort Claim filed on behalf of the victim against the District. There was no process in place that would have required these employees to obtain approval for engaging in an activity that could have negative impacts on the District either directly or indirectly.”

The report also took up the deteriorating Tuolumne County Jail. It found that, “The jail is in an extremely poor condition and that has been magnified by overcrowding and staff shortages.” It encourages the county to build a new jail as soon as funding becomes available.

These are a few tidbits included in the 159 page Grand Jury Report. The entire report is available for view on the county’s website by clicking here.