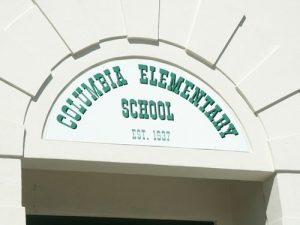 Columbia, CA — Columbia Elementary School recently put out information to parents and interested community members about an alleged sexual act that occurred at the school in October of 2010.

As we reported three weeks ago, earlier this month a former student came forward claiming to have been touched inappropriately by a volunteer tutor three years ago. The claim had added significance because around that that same time in 2010, the tutor had been accused of carrying out a similar act on another student. The tutor was a former educator, who has since passed away. Both investigations have now been closed by the Sheriff’s Office. The tutor’s name has not been released. A recent Sheriff’s Office press release stated, “The Deputy interviewed the parent and child. The child related similar allegations as the case in 2010, and identified the suspect as the volunteer aide from 2010. This case was forwarded to the District Attorney’s Office for review.”

A letter with bullet points was released to parents and the community by the Columbia Elementary District regarding to the recent investigation. School Board member Jo Rodefer says they wanted to make sure that all pertinent information was getting out to the community. “We wanted to get the facts out, because our experience is that sometimes the facts don’t get 100 percent out,” she adds, referring to some recent media coverage regarding the incident.

The letter related to the new allegations against the tutor reads as follows:

• The accused person was an employee in 2000-01 and worked in the Title 1 program as an aide.
– This person possessed a teaching credential
– This person cleared the fingerprint I background check required of all employees prior to employment.

• The Title 1 program was re-structured in 2001 and this person was one of several aides who were not re-hired for no reason other than a different direction was chosen for our Title 1 program.

• This person was volunteering in 2010 when one allegation was made.

– The school called the sheriff immediately
– The Superintendent called each board member explaining the situation (This is standard protocol).
– The Superintendent and the Assistant Principal called the volunteer and told them their services were no longer needed.
– A Sheriff’s investigation was conducted and closed. No charges were filed.
– There was only one allegation made at this time.

• This person has since passed away.

• The current investigation was conducted by the sheriff and closed.

Columbia Elementary has been a hotbed for criticism over the past couple of years, stemming from afterschool aide Brennan Pendley’s arrest for carrying out sexual acts with a student. Pendley, the son of School Superintendent John Pendley, was sentenced to a year in county jail back in 2011.

In other news related to Columbia Elementary, the School Board met last night and reviewed several board policies. Some were in response the safety issues following the tragic Sandy Hook shooting in Connecticut.