Not A Good Hider 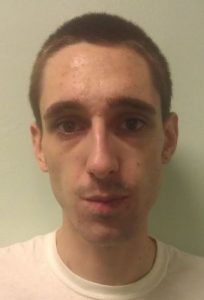 Sonora, CA — Sonora Police played a little game of hide and seek with a suspect and ended up the big winners. Officers were called to Wal-Mart to check out a possible theft at the store. A clerk told police the suspect had just walked out of the store and was headed towards the Safeway. Police followed the suspect into the grocery store. They lost him in the store, but after searching several areas they found him in the women’s bathroom standing on a toilet in a locked stall.


When policed searched 20 year old Nicholas Rios of Sonora they found a Marlboro cigarette box with 13.7 grams of heroin in it.
Sonora Police Chief Mark Stinson remarked, “We normally see one to two grams at a time on a person. 13.7 grams is A LOT of heroin.”

We checked out the street value of a gram of heroin online. Havocscope Global Black Market Information listed the price as $200 dollars a gram which would equal nearly $2800 dollars.

A check of Rios record revealed he was wanted on four outstanding warrants. Those include a felony hit and run, violation of probation; and two misdemeanor warrants for theft. Rios was arrested and booked in to the Tuolumne County Jail. He now faces felony drug charges as well.