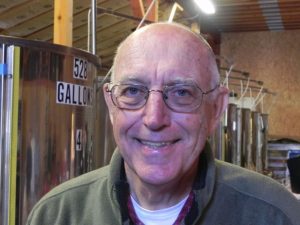 Grinnell’s explanation was that he felt it was unfair to the board that he keep the position and wanted it open to someone more able to keep up with board activities. He is unable to walk trails due to being in a wheelchair with foot troubles.

In his resignation letter he states, “For various reasons, including not being physically functional for about the next two months — critical TUD months– I am resigning forthwith, as a board member.”

Grinnell also said, “I think I can continue to serve the community in other capacities.” As a member of the Tuolumne County Commission on Aging, Grinnell co-founded the Senior Fair, now called Senior Expo which will be held June 12th, this Wednesday, at the Mother Lode Fairgrounds. He is on the Area 12 Agency on Aging’s Advisory Council.