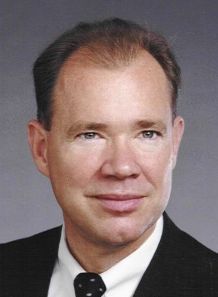 Sacramento, CA — New information is coming out regarding the controversial $150 fire tax.

California Board of Equalization member George Runner hosted a telephone town hall meeting last night were residents could ask questions about the fee that was approved in 2011. Runner’s office is in charge of sending out the bills, but he has been a sharp critic of the tax in general. His office has been flooded with questions about the fee, which is a reason why he hosted the event.

“Right now we’ve mailed about 771,000 bills, and the revenue collected from this program has been about 75 million dollars,” said Runner. “There have been around 84,000 appeals that have made their way through this process, and as a result of those appeals, around 1.3 million dollars have been refunded.”

Runner added that 14% of the bills sent out have not been paid.

“There really was not a good set of addresses for these bills to go out to, and as a result of that, over 165,000 pieces of mail have been returned, which is truly part of the problem,” he said.

Some of the questions residents had last night were related to the status of a lawsuit filed by the Howard Jarvis Taxpayers association. Jon Coupal, who is the President of the group, called in to give an update on the legal proceedings.

“The wheels of justice grind very slowly in California, but the suit is progressing,” said Coupal. “We have very good lawyers on this, I’m an attorney by profession, and we win most our lawsuits. We feel very confident that ultimately we will get a court victory on this case.”

If the HJTA is successful in overturning the fire fee, many people may receive a refund from the state. Coupal pointed out that it is important to a file a formal protest by going to Firetaxprotest.org.