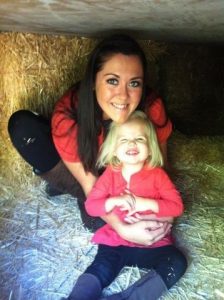 Jamestown, CA — A driver who struck and killed a jogger last year has been in another accident and the CHP says once again she was distracted behind the wheel. 23 year old Tashina Hatler was driving a 2001 Chevrolet Malibu along Highway 49 Sunday just after 7:30a.m. when she rear-ended a 1998 Chevrolet Blazer. The CHP says she was trying to use her cell phone when the accident happened.

Officer Nick Norton says, “”She was running late for work and was trying to get a hold of someone to watch her child when she hit the back end of the Blazer while attempting to make that phone call.”

The Blazer was stopped for one-way traffic controlled roadwork on the highway. A passenger in the blazer, 65 year old Charles Dunivan, suffered moderate injuries and was taken to Sonora Regional Medical Center.

In October of last year, 27 year old Amy Wayne was killed after Hatler hit Wayne while she was jogging on Jamestown Road. The CHP blamed that crash on distracted driving for Hatler adjusting her car stereo. Click here for an earlier story on this accident. No charges were filed in that accident.

The CHP says Hatler will not face any charges, but could lose her license.