Cash Sale For Mine Property 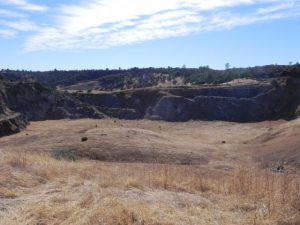 Jamestown, CA — The developers of the Jamestown Mine will not meet a June 30 deadline for many conditions included in the land purchase from the county, so the Supervisors agreed to revise the contract and sell the property “as is.”

The initial contract with the Yosemite Gardens group was approved in April of 2011. The June 30 deadline dealt with State Water Board approvals, Mine Trustee Approvals, reclassifying a State Mineral Resource Zone, General Plan designations, and receiving compliance with the California Environmental Quality Act. It was initially negotiated that those issues would be worked out before the closing of escrow. It was noted that many of the provisions were initially put in by the developer. The County voted 5-0 to delete those aspects from the agreement. The County will receive the final $379K payment from the group by the end of June, and the property will move into escrow, “as is.” The County will avoid paying water monitoring costs over the next 13 years, which would total $1.4 million. The county also is expected to avoid any future liability.

The Yosemite Gardens Group has stated that they have plans for 30 baseball fields, an RV park, 65 acres of themed garden space, an assisted living center, restaurants, shopping, and other amenities.