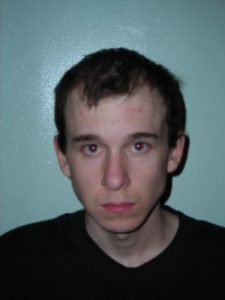 Sonora, CA — Two people were arrested after a drug deal lead to a search and drug bust. Sonora Police officers responded to a call about a possible drug deal going on in a parking lot at the intersection of Mono Way and Greenley Road on March 30th around 10 a.m. When officers arrived they saw two cars leaving the parking lot. They recognized 22 year old Jacob Sabins of Sonora, who they have had dealings with in the past, driving a car out of the lot.

Officers also questioned the driver in the second car, 32 year old Ashlianne Palmertree of Sonora. On April 3rd they searched her house on the 200 block of Greenley Road around 11 a.m. Officers found methamphetamine, drug paraphernalia and evidence of heroin use. Also, Police say the methamphetamine was within reach of Palmertree’s two year-old daughter.

Palmertree was arrested and charges with felony child endangerment, felony possession of a controlled substance, and misdemeanor possession of drug paraphernalia.