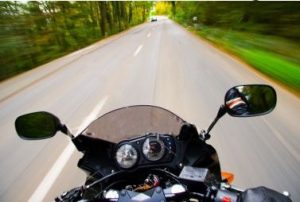 Sonora, CA – It’s a slick trick may bikers use to get through traffic jams, and some people don’t like it. However, the CHP wants to remind motorists it is legal in California. It’s call lane splitting. The CHP says it’s when a motorcyclist rides between lanes of stopped or slower moving traffic or driving between lanes to get to ahead of vehicles at a red light.

Now, The CHP has put out the first-of-its-kind lane splitting guidelines for motorcyclists and some tips for other vehicles as well.

Below is the CHP Lane Splitting Guidelines:

1) Travel at a speed that is no more than 10 MPH faster than other traffic – danger increases at higher speed differentials.
2) It is not advisable to lane split when traffic flow is at 30 mph or faster – danger increases as overall speed increases.
3) Typically, it is more desirable to split between the #1 and #2 lanes than between other lanes.
4) Consider the total environment in which you are splitting, including the width of the lanes, size of surrounding vehicles, as well as roadway, weather, and lighting conditions.
5) Be alert and anticipate possible movements by other road users.

They also offer The Four “R’s” of Lane Splitting:

As for other motorists on the roadways the CHP offers these tips:
1. Lane splitting by motorcycles is not illegal in California when done in a safe and prudent manner.
2. Motorists should not take it upon themselves to discourage motorcyclists from lane splitting. Intentionally blocking or impeding a motorcyclist in a way that could cause harm to the rider is illegal (i.e. opening a car door).

The CHP reminds all motorists to share the roadways.