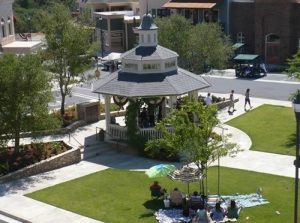 Copperopolis, CA — There is a massive search going on in Calaveras County on highway 4. Sheriff’s Officials say they are in pursuit of the man who robbed the Firefall Jewelry store in Copperopolis. It happened around 2:30 this afternoon. During the robbery the suspect displayed an object and declared it was a hand grenade. It is not known how much jewelry or money was stolen.

Sgt. Hewitt says, “We are canvassing the area looking for the individual.” The suspect is described as a Caucasian male, 5’10” wearing a red hat and black sweat jacket. They are also looking for a Dark Green or Teal Ford Ranger side step pick-up truck. If you have any information call the Sherriff’s Dept. at 209-754-6500.”

Clayton Lang of Columbia was an eyewitness and gave his account, “About a dozen law enforcement cars were all headed east on Highway 4 at a high rate of speed. As I was pulling out of Copper, I saw some activity going on in the town square and there were law enforcement who had their guns drawn.”

Update 4:40pm: There are reports of a helicopter being called in and police are stopping cars along the highway.