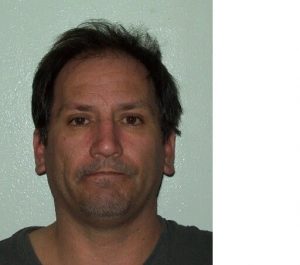 Jamestown, CA – A spontaneous check on a building nabbed three burglars. This morning around 11:15 Tuolumne County Sheriff’s Deputies were driving by the old Blue Dolphin Enterprises office at 6911 O’Byrnes Ferry Rd and decided to check out the empty building. From outside they could hear saws and hammers pounding.

They looked through a window and saw a man sawing something. The Deputies called out to him and identified themselves as law enforcement and asked him to come to the porch. They say the man gave a hand signal implying they should wait a minute and then disappeared. A few minutes later, a car with three men came from around the building with the man in it. Deputies took off after the car and stopped it near Table Mountain Storage, heading towards Highway 108.

Arrested were 45 year old Joseph Mcintyre and 51 year old Sean Mcintyre both from Jamestown, and 43 year old Johnny Tuck of Columbia. They were charged with Burglary and Felony Vandalism charges.

Deputies searched the car and discovered the trunk was full of copper wiring and other copper materials stripped from the building. Sheriff’s Officials estimate the damage to the building to be more than $100,000. They say the suspects could have sold the metals at a recycling center for cash.

Click here for a map of the building site.