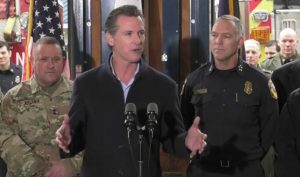 Sacramento, CA — State fire officials have put together a proposed list of 35 projects that can be done immediately to help prevent wildfires ahead of the summer season.

They are in a 28 page report Governor Gavin Newsom asked CAL Fire to submit within 45 days as part of an Executive Order focused on state wildfire prevention. While no projects on that list are in CAL Fire’s Tuolumne-Calaveras Unit, there are three in the neighboring Madera-Mariposa-Merced Unit. They include the 102 acre Grist Fuelbreak south of the community of Mariposa, the 44 acre Metcalf Gap thinning project south of Highway 49 and a 4,621 acre Highway 41 Management Plan.

In addition, the CAL Fire report recommends various policy changes. They include streamlining the permitting and licensing regulatory requirements related to hazard tree removal, having the state help find housing for seasonal firefighters and allowing the state’s National Guard to assist in creating bases near fuel thinning projects.

After signing the Executive Order two days into office, Newsom noted that there are hundreds of millions of dollars in greenhouse gas reduction funds available for projects, and he is also proposing $305 million in new funding for fire related projects in the upcoming budget.

New CAL Fire Director Thom Porter says, “California is increasingly at risk of wildfire, and certain populations are particularly vulnerable given the location of their communities and socioeconomic factors such as age and lack of mobility. The tragic loss of lives and property in the town of Paradise during last year’s Camp Fire makes that clear. California needs an all-of-the-above approach to protect public safety and improve the health of our forest ecosystems.”

The report adds that the two most destructive wildfire seasons in the state’s history were in 2017 and 2018. Over 100 people died, 22,700 structures were destroyed and 1.8 million acres were burned.

The proposed project list, ranked by highest priority, can be found below: 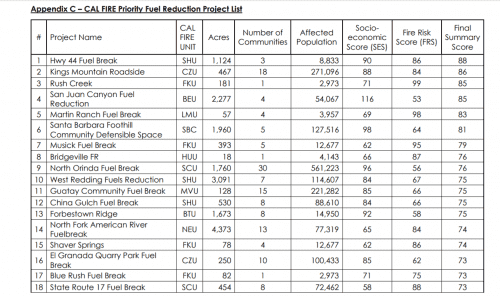 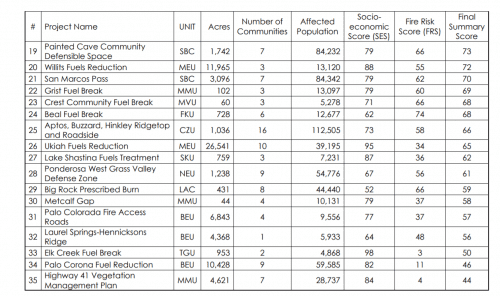