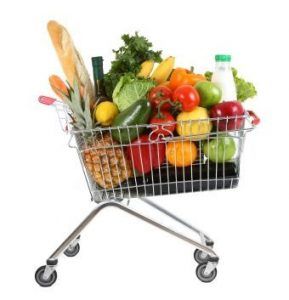 Sonora, CA — CalFresh recipients will see a change in the distribution of food stamps for next month resulting from the government shutdown.

As reported here last month, Tuolumne County Human Services Agency was forced to release benefits for the month of February on January 16th as it was unclear how long funding would be suspended due to the shutdown. Although the distribution went relatively smoothly, according to Agency Deputy Director Rebecca Espino, she recounts they did not receive any instructions from the United State Department of Agriculture or the state until three days before that distribution, which created some communication issues as some recipients have no phones. “It was a bit confusing because they went to the stores and would see that they had a lot of benefits on their card and didn’t understand why since they had not received the notification yet.”

A deal in January ended the stalemate, but created a new issue for the agency regarding handing out benefit for March. In an effort to reduce the impact on recipients, Espino details, “Instead of receiving their benefits on a staggered schedule, between the 1st and the 10th, everybody that is eligible will receive their benefits on March 1st.” She adds that until further notice the April benefits will return to the regular staggered schedule. That is of course if a second government shutdown is averted on Friday (February 15th).

“We really haven’t received any direction from the feds at this time and they have not given direction to the state,” relays Espino, “Right now, we are business as usual until we hear anything different, but we’re hoping for the best.”