Brown Will Swear In Legal Advisor To Supreme Court 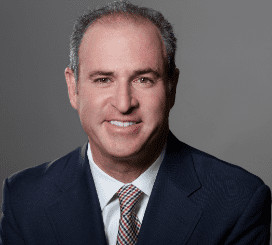 Sacramento, CA — One of Jerry Brown’s final actions as Governor will be swearing-in one of his senior legal advisors to the California Supreme Court.

45-year-old Joshua Groban has worked as an advisor to Brown since 2011 and has helped oversee the appointment of hundreds of judges for the governor. He has also given Brown legal advice on issues like education, criminal justice and constitutional interpretation.

Brown says, “Josh Groban has vast knowledge of the law and sound and practical judgement. He’ll be a strong addition to California’s highest court.”

Prior to becoming a state employee in 2011, Groban was a legal counsel for Brown during the 2010 campaign for Governor. He was also previously an attorney for private firms during the decade prior, and was a law clerk for Judge William C. Conner in the Southern District of New York from 1998-99.

Groban was nominated to the state’s Supreme Court by Brown and he was unanimously confirmed by the Commission on Judicial Appointments on December 21.

Brown will lead a swearing in ceremony tomorrow morning in Sacramento.