More Areas Of Yosemite Closed Due To Human Waste 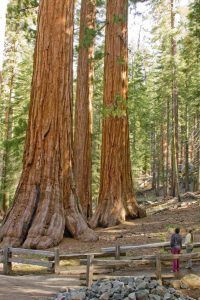 Yosemite, CA — The National Park Service reports that it is trying to keep as many areas of Yosemite open as possible during the government shutdown, but more locations are closing due to growing issues with human waste and resource damage.

Due to the shutdown, most bathrooms are closed in the park, so problems related to human waste are becoming more prevalent, according to spokesperson Scott Gediman. Due to this, the updated closure list includes Wawona Campground, Hodgen Meadow Campground, the Mariposa Grove of Giant Sequoias, Crane Flat Snow Play Area and Goat Meadow Snow Play Area. All park visitor centers are also closed.

In addition, there is now very limited access to the park during peak hours via the Highway 41 entrance. A checkpoint is set up between 9am-6pm and people will only be allowed to pass through if they have a reservation for lodging or camping in the park. Visitors to the Yosemite Ski and Snowboard area will be redirected to Highway 140. The Highway 120 entrance also remains open.

All visitors are being asked to “pack in and pack out” all trash on federal lands during the shutdown, including at areas like the Stanislaus National Forest, because custodial services are very limited. You should also plan to stop and use the restroom in the populated gateway communities before entering the public lands.