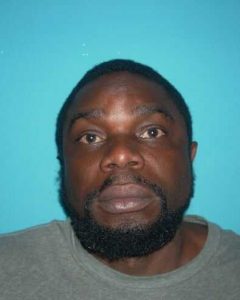 Jamestown, CA — A man was arrested following a fight outside the Jamestown Hotel.

It happened Friday evening. The Tuolumne County Sheriff’s Office reports that two men got into an argument and were asked to leave the business. Once outside, a fight ensued, and one of the men was stabbed with a knife in the abdomen. The suspect also allegedly tried to stab a second person involved, but was unsuccessful. Deputies responded and arrested 38-year-old Toyin Oyelade of Jamestown for assault with a deadly weapon.  The victim was transported to Adventist Health Sonora to be treated for a stab wound. An investigation into the incident is ongoing.