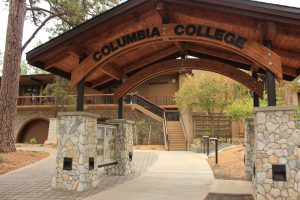 Columbia, CA — Negotiators with the Yosemite Community College District and Yosemite Faculty Association have reached a tentative agreement on a new contract so that a strike can be averted next month at Columbia College and Modesto Junior College.

It covers 299 full time and 426 part-time instructors. Negotiators met for nearly eight hours yesterday to iron out the final details which still must be ratified by the association members and YCCD board at meetings over the coming weeks. The contract details have not yet been released, but a fact-finding report issued prior to the meeting recommended a pay increase during this contract term of 8-percent as well as some retroactive pay.

YCCD Chancellor Harry Yong says, “This ground-breaking agreement will allow us to work together to build a great future for our students. We are happy that the District is able to reach an agreement that respects our faculty and serves our students.”

YFA President Jim Sahlman adds, “It’s timely that this is happening right before the new year. We are excited about a fresh start, not only with our contract but with the Yosemite Community College District administration.”

The tentative deal eliminates a previously planned strike on January 14 when classes will resume for nearly 25,000 students.