Two Arrested, One For Drugs Other Driving A Stolen Van 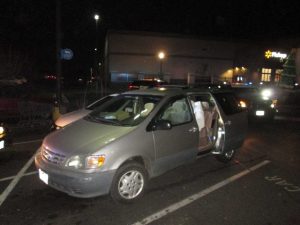 Sonora, CA – A Sonora Man and a Copperopolis woman spent Christmas behind bars – one for drugs the other for being behind the wheel of a stolen van.

Both were arrested overnight on Sunday. It was around3:30 a.m. when a deputy noticed a Toyota Sienna van in the Walmart parking lot that had expired registration. While questioning the driver, 56-year-old Debra Banks of Copperopolis, the deputy ran a records check that revealed the van was stolen out of Oakland.  Banks was arrested and booked into the Tuolumne County Jail for possession of a stolen vehicle and driving with a suspended license.

Then Sunday night just before midnight a deputy spotted a Honda Accord speeding on Greenley Road in a 25 MPH zone near the hospital and Sonora Elementary School. When he turned on his patrol light the drive stepped on the gas, but the pursuit did not last long as the driver pulled into the Welfare Office parking lot nearby. The driver, 23-year-old Majer Montoya of Sonora was searched by the deputy who found drug paraphernalia on him.

While being processed into the jail, Montoya was found hiding heroin on his person. He faces charges of drug possession, possession of drug paraphernalia and bringing drugs into the jail.