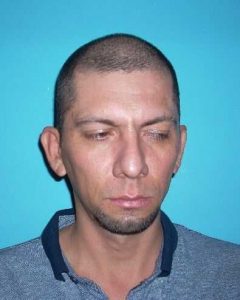 Sonora, CA – A black SUV speeding along Highway 108 was pulled over at the Washington Street intersection – not only was the driver intoxicated but drugs were also uncovered inside the vehicle.

According to Tuolumne County Sheriff’s Officials, when the driver, 30-year-old Marcus Zamora (AKA Fabian Valencia) of Modesto, rolled down the window to talk to the deputy, the odor of booze came wafting out of the SUV. That prompted a call for back up from a CHP officer for an evaluation. When the deputy turned his attention to the passenger, who initially gave a false name, it was later determined that he was 31-year-old Hector Perez of Stockton, who had multiple out of county felony warrants.

A search of the SUV and the two suspects turned up nearly 3.5 pounds of marijuana, packaging materials, and over $7,000 in cash with Perez also in possession of more than a gram and a half of methamphetamine and just under two grams of cocaine.

Both men were taken into custody for multiple drug charges including sales. Zamora, who at first refused to take a blood alcohol test, once at the Tuolumne County Jail complied and blew a .136.