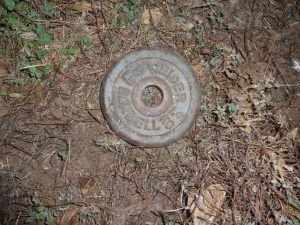 Sonora, CA – A Sonora man is behind bars on charges of assault with a deadly weapon after hurling some house hold items at his roommate – one striking and injuring the victim.

Sonora Police Officers were called to investigate a disturbance at a home in the 200 block of Bonanza Road last week. Once at the house, the victim told officers that his roommate, 60-year-old Art Sanchez, had started acting irrational and became violent for no apparent reason.

The roommate alleged that Sanchez had thrown several “dangerous objects” at them while they were standing in the backyard of the residence. The items included an iron exercise weight, an end-table and a large glass-encased candle. The weight and table missed hitting the victim, but the glass object struck the victim, who suffered minor injuries, according to police.

The officers handcuffed Sanchez who was placed in the patrol car and taken to the Tuolumne County Jail. He was charged with assault with a deadly weapon.