Trial Of Sonora Doctor Charged In Fatal Crash To Begin 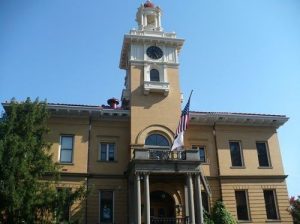 Sonora, CA — After a two-plus month delay, the trial of Sonora physician Dr. Danny Anderson, accused of triple vehicular manslaughter, is slated to begin this week.

Tuolumne County District Attorney Laura Krieg confirms that a trial readiness conference will take place tomorrow at 11 a.m. in Department 1 and that the trial proceedings are slated to lead off Wednesday  at 8.a.m.

As reported here, Anderson and his wife Diane, who was riding with him in their SUV at the time of a multi-vehicle collision along La Grange Road back on Oct. 21, 2016, were scheduled to be tried together on March 28; she as an accessory.

However the doctor’s attorney Tom Johnson requested more time in order to investigate the background of the CHP’s lead investigator Joelle McChesney after discovering prior felony charges against her for computer fraud offenses.

Johnson and Diane Anderson’s attorney Kirk McAllister were also successful in getting the court to separate the Anderson cases and proceedings for the sake of judicial economy. Her trial will now trail his, according to the district attorney, further explaining that those related dates have yet to be scheduled.