Roadwork To Impact Traffic Through Jamestown 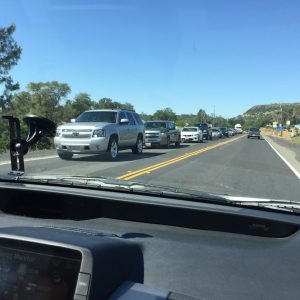 Sonora, CA — Intersection changes in the wings for Jamestown will bring travel delays possibly through December once construction begins in earnest.

Allen shares that the next few weeks, which will consist of pre-construction fieldwork, is not expected to create any traffic impacts. Once construction work begins, probably sometime in mid to late July, she says three phases of traffic patterning, using one-way controls and detours, may generate delays of a few up to 20 minutes at times while the work zones are in place. Since 115 work days have been allocated, the project is expected to take until sometime in December to complete.

The scheduled work times will run weekdays from 7 a.m. until 7 p.m. Motorists should anticipate seeing construction signs and traffic control personnel when the work zones are in place.