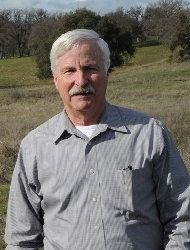 The county now has 30 days to certify that at least 1,500 of the signatures are valid, and if so, the recall measure will appear on the November ballot.

The recall effort centers around the commercial marijuana cultivation ban. Recently the group put out a statement arguing in favor of the recall of supervisor Mills, stating, “His crusade for a ban of commercial cannabis has invited devastating lawsuits against the county that can result in bankruptcy, and lead to unrestrained illegal cannabis cultivation throughout Calaveras. He refuses to inform the public, despite repeated requests, of the real costs to the county residents and taxpayers arising from his ban on commercial cannabis. These may include higher property taxes for everyone, underfunding of county services, loss of millions of dollars in Measure C revenue, firing of up to 22 County employees (including Sheriff Deputies), and ending the currently successful Calaveras County Civil Abatement Program. Evidence of Mr. Mills’ engaging in Brown Act violations have surfaced, thus undermining public trust in our local government.”

Supervisor Mills has also released a detailed statement in response to the signatures just being submitted to the election’s office. You can read it, in its entirety, below:

“In January 2017 I took the oath office to serve as a Supervisor of Calaveras County. One of the most important elements of my job is to protect the citizens of my community from those that endanger the safety and quality of life. Another critical part of my job is to listen to my constituents and spend time studying critical issues. Based upon this listening and learning, I try to make the best decisions I can on critical issues.

In 2014, the previous Calaveras County Board of Supervisors made a huge mistake by allowing the temporary commercial cultivation of marijuana. I want to emphasize this was a temporary permit with no guarantees to those who decided to grow a plant producing a substance listed as an illegal dangerous drug by the United States Government. I compliment Supervisor Mike Olivera for not casting a vote for this tragic experiment that year.

In 2016 Calaveras voters voted against the state wide legalization of pot and also voted overwhelmingly to enact heavy fees to pay for the enforcement of law while the experiment was allowed to take place.

The result of this experiment was disastrous for our county. More than 1,200 marijuana groves sprung up around the county with only 200 as receiving permits. More than a 1,000 illegal groves often hid in plain site intermingled with the permitted groves. We experienced more criminal activity as gangs and other unsavory elements came into our community. Guns shots were even fired at local residents and gun toting growers threatened them. There was violence committed even between growers.

The former County Supervisors failed on many counts. Probably one of their biggest failings was dealing with the terrible impact of pot cultivation on the environment. Legal and illegal growers are guilty of a failure to deal with the environment impact of their own enterprises. Today they deny any responsibility for a potential cleanup cost potentially more than $250 million per grow. Pot grows emit very offensive odors upon which other states like Washington have place stiff regulations. Then there is the water pollution which was documented in the study Cultivating Disaster which was verified by other studies done such institutions as the University of California Environmental Studies Department.

In January of this year I cast one of three votes to end commercial marijuana cultivation in Calaveras County. We joined other Sierra Foothill Counties in banning the cultivation. I took this action not based upon my opinion but after careful consideration of the facts. I took this action because I want by constituents and, indeed, all of the people of our county to feel safe. I took this action because I think we all agree we want this county to be known for its legendary country side and towering mountains and redwood trees, for our great wine and the wholesome year round recreation we offer. My constituents were clear: “We do not want to be known as the Pot Growing County!”

The well financed pot growers here and around the state saw our stand against pot cultivation as a threat to their personal wealth. Therefore, Big Pot, like Big Tobacco, elected to try to either recall or defeat a Supervisor who refused to obey their bidding. For the last 90 days paid operatives financed by big pot invaded our county from afar away as Alaska seeking signatures for recall efforts against Supervisor Gary Tofanelli and me. Because of our strong records in our districts they recognized they couldn’t gather signatures because of our strong opposition to commercial pot cultivation so they embarked on a campaign of lies and distortions.

Their literature, website, and signature solicitors totally distorted the facts associating us with Governor Brown and other big spending politicians who support initiatives such as gas tax. They alleged our county was financially broke when that was untrue. These were blatant lies but apparently too many voters fell for them.

The public was totally deceived by Big Pot who lied about our records on the Board of Supervisors. County election officials will now verify the signatures and see if they have the required number to require a run off.

I want my constituents to know that I will continue to honor the pledge I made about 18 months ago to stand for your health, safety and well being. Our county in under attack by outside forces. The best example of their lies is when Big Pot advocate Bob Bowerman declared the effort to recall me as your Supervisor was done by the people. He declared “This was only possible with the community coming together to stop the lies from Mills. We love this county and the people in it.” No! Nearly every solicitor of signatures were paid agents of Big Pot and most do not even live in this county let alone the state or my district.

I ask for the support of my constituents in standing tall against those who seek to change the quality of life here into a pot growing center which will impact us forever. It is your choice.”