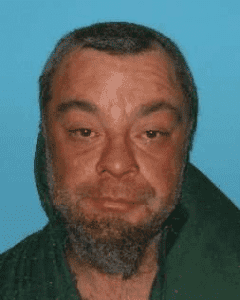 Sonora, CA – Sheriff’s officials arrested a Sonora man for felony assault with a deadly weapon following an attack made using a closet door.

According to Tuolumne County Sheriff’s spokesperson Sgt. Andrea Benson, deputies initially responding to a disturbance call made in the 11 o’clock hour last night arrived at an apartment on the 12000 block of Chukar Circle. They found that 37-year-old Dominic Bailey, while in an argument with a family member, removed a closet door from its track and threw it at the victim, causing a visible leg injury.

After the victim signed a citizen’s arrest complaint, deputies went after and located Bailey down the street from the residence. Sgt. Benson reports that they found the suspect was intoxicated to the point he could not care for his own safety and transported him to the Tuolumne County Jail.
In addition to felony assault, Benson states that since his blood alcohol level at the jail was measured at .212 he also faces a charge of public intoxication. His bail was set at $40,000.