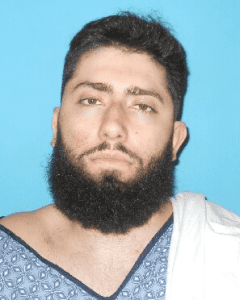 Sonora, CA – CHP officials have released the name of a local woman killed by a driver who has been re-arrested on charges of felony DUI and gross vehicular manslaughter.

Authorities say it was 67-year-old Ella Hampton-Rauch of Groveland who died in a three-vehicle wreck that occurred late last Thursday on Highway 108 east of the Old Wards Ferry overpass after her pickup truck was hit by 22-year-old Edgar Albert Santana of Winton. Santana, reportedly while attempting to pass a sedan, drove into her travel path and caused the collision. She succumbed to her injuries at Adventist Health Sonora.

Yesterday, following his release from a Modesto hospital, Santana was re-arrested and booked into the Tuolumne County Jail for DUI causing death or great bodily injury, including for having a blood alcohol level of .10 or over, and for gross vehicular manslaughter while intoxicated.

As a result of the accident, Santana and his 26-year-old passenger, also of Winton, were flown to separate Modesto trauma hospitals for treatment of major injuries. The driver and two passengers in a second vehicle that Santana spun into, all of Empire in Stanislaus County, were treated for minor injuries at Adventist Health Sonora. Highway 108 at the incident scene subsequently closed to traffic for three-and-a-half hours for accident clean up and crime scene processing.