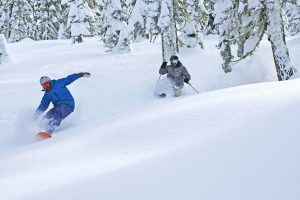 Pinecrest, CA — With heavy rainfall forecasted for the region in the next few days, Dodge Ridge ski resort is capping off its season today.

The resort initially opened this year following a winter storm in late January, but the unseasonably warm weather forced operations to temporarily close one week later. The resort then reopened on March 2, attracting a strong mix of local snow enthusiasts and tourists to the county.

Spokesperson Jeff Hauff says, “Obviously it would have been nice to open up in November, but with a March this year that strong, it was just remarkable. We hadn’t anticipated the number of people with the pent up desire to go skiing. It came all at once, and was a big and huge month of skiing excitement. It was great to see the outpouring from the community and the support.”

For the season, Dodge Ridge reports that it received 216 inches of snowfall.