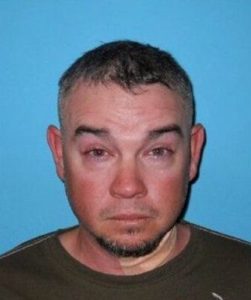 Sonora, CA —  A man under investigation since last February, forcibly taken into custody yesterday, faces multiple felony sex crime charges against a child under the age of ten.

According to Tuolumne County Sheriff’s spokesperson Lt. Neil Evans, 30-year-old Justin Donald Boucher of Sonora fought with deputies who responded during the mid-morning to the 1800 block of Rawhide Road, where they eventually took him into custody.

As Evans recounts, “He resisted…detectives ended up physically fighting with him over a several-minute period of time…used pepper spray. He was not affected by that. They ended up tasing him to take him into custody.”

Evans says the sheriff’s office became involved just over a year ago when family members called, sharing that the victim had come forward to confide what was allegedly going on. “The case is obviously sensitive because of the victim’s age,” he notes, adding that it involves multiple occurrences of sodomy, oral copulation, rape by force and continued sex abuse of a child that occurred over a three-year period at several locations within the county.

While the arrest report lists Boucher’s occupation as a firefighter, Lt. Evans says that it appears he was not currently employed as such. In addition to the sex crime offenses, Boucher also faces a felony resisting arrest charge. His bail was set at $220,000.