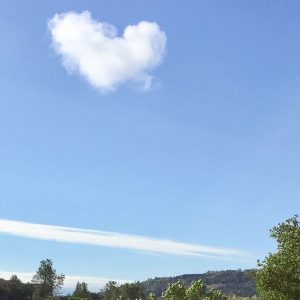 Sonora, CA – As parts of the state including the Sierra Nevada experience record-breaking temperatures up to 20 degrees above normal, Clarke Broadcasting asked the National Weather Service what may be boding for the Mother Lode, weather-wise.

Meteorologist Hannah Chandler, who works in the NWS Sacramento office, shares that current forecasts are close and nearing the warm weather records but not breaking them. “Over the next few days we may be ten to 20 degrees warmer — I mean, 70 degrees [Fahrenheit] for the beginning of February is pretty warm – but to break a heat record any day in February, after the first week it would be [hitting temperatures] mostly mid to upper 70s.”

For example, she offers, “I do not believe we have approached any records this past month. For today, [hitting] 74 degrees would meet a record set back in 1962.” Glimpsing today’s thermometer outlook, it appears the Mother Lode will fall several degrees below that.

Looking ahead to Friday and Saturday, against the odds of likely daytime highs estimated to be in the upper 60s, it will need to meet or beat mid 70s temps also last experienced in ’62 to make the record books; if it reaches an unlikely 75 outside this Super Bowl Sunday we will match the record high for the date set back in 1995.

On the cold end, Chandler says the mercury would need to sink into the mid 20s or teens, depending on the date we would be querying to compare with local weather history.

While a crying lack of precipitation has many residents worried about setting a dry weather record, Chandler says it would have to not rain the whole month of February, which last occurred in 1912.

Looking back just to last December through February, Sonora had received nearly 32 inches of rain, enough to rate as the third-wettest on record for that period. This year the Mother Lode is currently measuring at less than five inches from December through the end of January but she still waxes optimistic. While her office only forecasts out seven to ten days, “The Climate Prediction Center has released their February outlook and it is drier than normal and warmer than normal. Past that, it is pretty hard to predict,” she states.

Continuing on a bright note, Chandler offers, “There’s still hope through February, March and even April where we could still get some rain but it is hard to say. Mentioning the fact that it is a La Nina water-year is almost beside the point because this does not predict a specific outlook for Northern California. That means, as she winds up without the slightest bit of coyness, “We have equally chances of being really wet year, a really dry year or just a normal precipitation year.”