A “Smart” Future Ahead 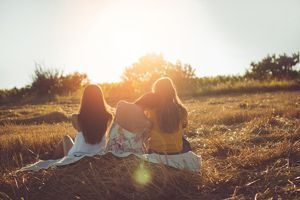 CES is the world’s gathering place for all those who thrive on the business of consumer technologies. The show took place in Las Vegas. What we can expect in the near future?

Komando attended the show last week and tells us that we can all expect a “smart future”.

“Imagine if you could have Amazon Alexa in your glasses, so now you have smart glasses that are also Alexa enabled. Now this is really cool because the glasses are stocked with something called Augmented Reality technology, so what this means is that when you’re looking through the glasses you can see everything from maps to weather right in front of your eyes,” said Komando.

She continued, “Also, remember Rosie the Robot in the Jetsons? Well, we don’t have Rosie, but we have somebody by the name of Buddy. Now, Buddy is a super cute “bot” and he’s stocked with Google Assistant technology. So Buddy’s going to listen to your voice commands. Buddy can keep an eye on your house, Buddy can carry on conservation with your family members, Buddy can play music and show videos because Buddy has a built in screen.”

Is “smart” the official trend?

Komando answered, “Everything seems to be getting smart. Up to and including, the smart toilet, the smart bathroom, the smart faucets. And you might be sitting there thinking, well, why would I want a smart bathroom? Because you could just walk into the bathroom and say, ‘Start my bath.’ And then the water would suddenly appear at the precise temperature that you like.

There is also the smart suitcase. You’re walking through the airport, and you’re suitcase is actually following you, right behind you a couple feet away because it’s a smart suitcase. And it runs off of facial recognition.

There is also the self driving storefront vehicle. So imagine this, you have a bunch of self-driving vans on the streets stocked full of items like food, pizza, and shoes. You can just stop it on the street and then you go shopping. That sounds far-fetched but it’s actually going to appear in the 2020 Olympics in Tokyo.”

So what product(s) made the greatest impression on Komando?

“What really got my attention was LG’s sixty-five inch rollable T.V. This is amazing! Just hit the button and the television rolls up like a roll of wrapping paper around a metal cylinder. It’s only a prototype right now, but in a couple of years this will truly be a reality. It’s not just a television, it’s actually a rollable screen. Imagine you’re an architect-you could be carrying around blueprints.

Additionally, Samsung unveiled a new T.V that they’re calling ‘The Wall’. It’s a one hundred and forty-six inch screen. Imagine this, twelve feet of the crown NFL goodness just right there in your living room. And what’s great about it, aside from this massive sides- is that it’s modular so that you can customize the sides and the shape of the screen by adding and removing different sections of it and you don’t see any seams. It’s going to go on sale later this year. No price yet but let’s just say we all better start saving our money now.”