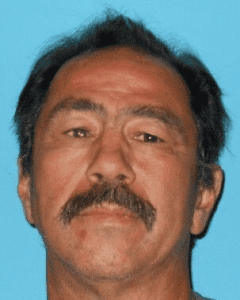 Sonora, CA — A second raid on a Sonora property finds similar results from an earlier probation search this summer that netted an arrest and drugs.

The Tuolumne County Narcotics Team and the High Risk Probation Team revisited a residence in the Tamarron Mobile Estates located on Mono Way in Sonora on Tuesday afternoon.  They were targeting the three suspects living there who were already out on bail for drug charges.  They include 54-year-old Sandra Cole, 46-year-old Rodney Kulp and 58-year-old Lindon Hill. Hill was arrested in the last search back in July, as reported here, for drug possession and sales.

During Tuesday’s raid a scale, small plastic baggies and nearly 26 grams of methamphetamine were uncovered. The three were taken into custody. Once at the Tuolumne County Jail, deputies found a methamphetamine pipe on Cole.  All three face drug related charges related to sales and maintaining a drug house.

Of note, Hill was also arrested for attempted murder in 2015 for allegedly attacking a neighbor in the Sierra Village Mobile Park with a baton, as earlier reported here.