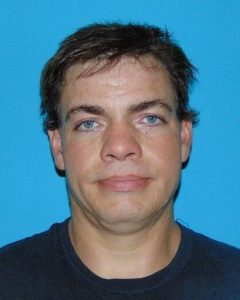 Sonora, CA – A Groveland man jailed Monday and assigned a $500,000 bail faces charges for attempted murder and other felony offenses following an alleged attack on his girlfriend of 14 years.

According to Tuolumne County Sheriff’s spokesperson Sgt. Andrea Benson, 40-year-old Clinton Maxon was arrested after a meeting deputies held with the victim, who reported being assaulted at her Groveland home last Friday.

Investigators heard that Maxon choked the victim into unconsciousness during an argument and that when she came to and attempted to call for help, he took her cell phone, also ripping the landline phone from the wall and tearing the phone cable to thwart her attempts. Deputies noted that the woman had visible injuries to her neck, back and right arm.

In addition to attempted murder, Maxon was charged and booked into the Tuolumne County Jail for spousal abuse, damaging a phone line and dissuading a victim.