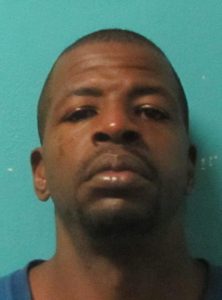 Sonora, CA — A Sonora woman returned home to find a strange man in her back yard and when she confronted him, he took off.

The Sonora Police Department reports an officer responded to a residence on Norlin Street just after 8:30 a.m. on Wednesday. The woman told the officer she asked the man, who was wearing a reflective vest with a picture identification card around his neck, what he was doing on her property but he refused to answer and fled.

A search of the area began and the suspect, 42-year-old Robert Louis Dees, of Pensacola Florida was discovered a couple blocks away. When the officer questioned Dees regarding his vest and identification card, he stated that he was employed by a company working on a tree mortality project, which is not associated with Tuolumne County Office of Emergency project. While that was confirmed by the officer, it was also discovered that Dees had not been assigned to any job that day. Additionally, a records check showed he had an extensive criminal history including aggravated burglary.

Dees was arrested for prowling on private property. His bail is set at $5,000.